Bahnhof's most successful Schutzhund litter ("C") was out of Bismark vom Donautal, SchH3, IPO3 MANY TIMES!
Donautal Dobermans were bred by Storm and Bill Bergin: 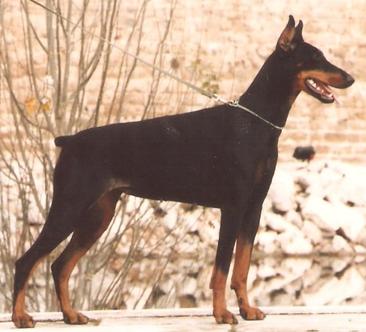 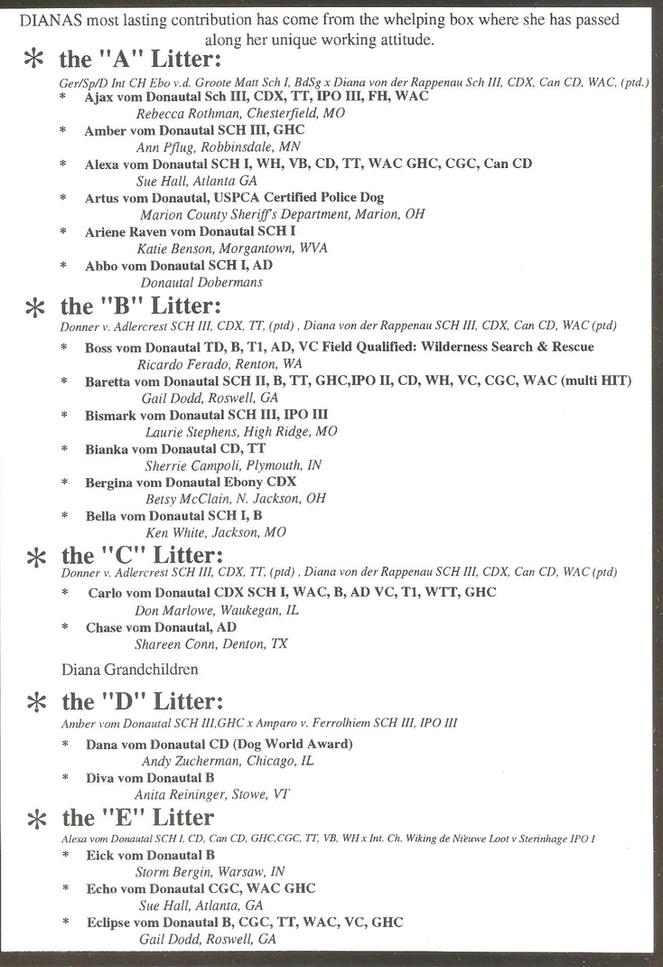 In 1993, when Diana died, the following statistics had been compiled for her progeny. Many went on to complete more titles. 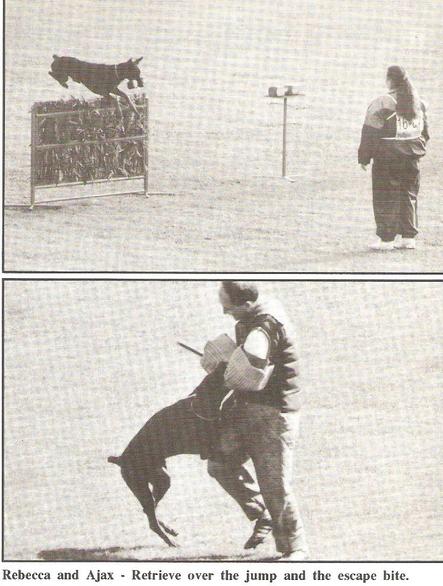 Ajax, Bismark's half-brother, and his Owner/ Handler Rebecca Rothman, competed in the
1992 FCI in Slovenia, earning 86 points in protection. 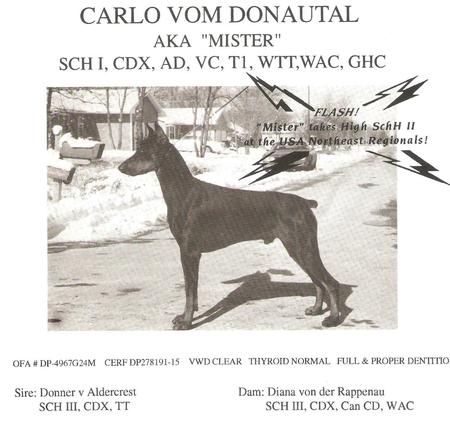 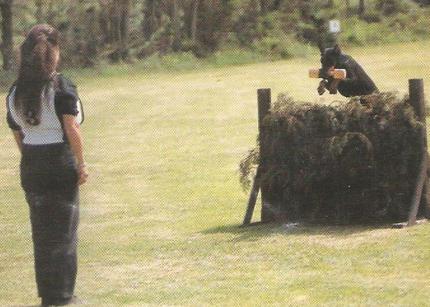 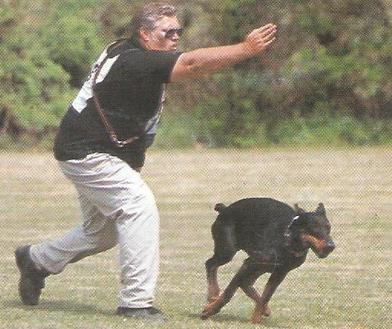 Mister was a full brother to Bismark, out of a subsequent litter. He earned his SchH 3 and competed nationally several times with his Owner/Handler, Don Marlowe, pictured above at the 1994 UDC Nationals in Bowling Green, KY. 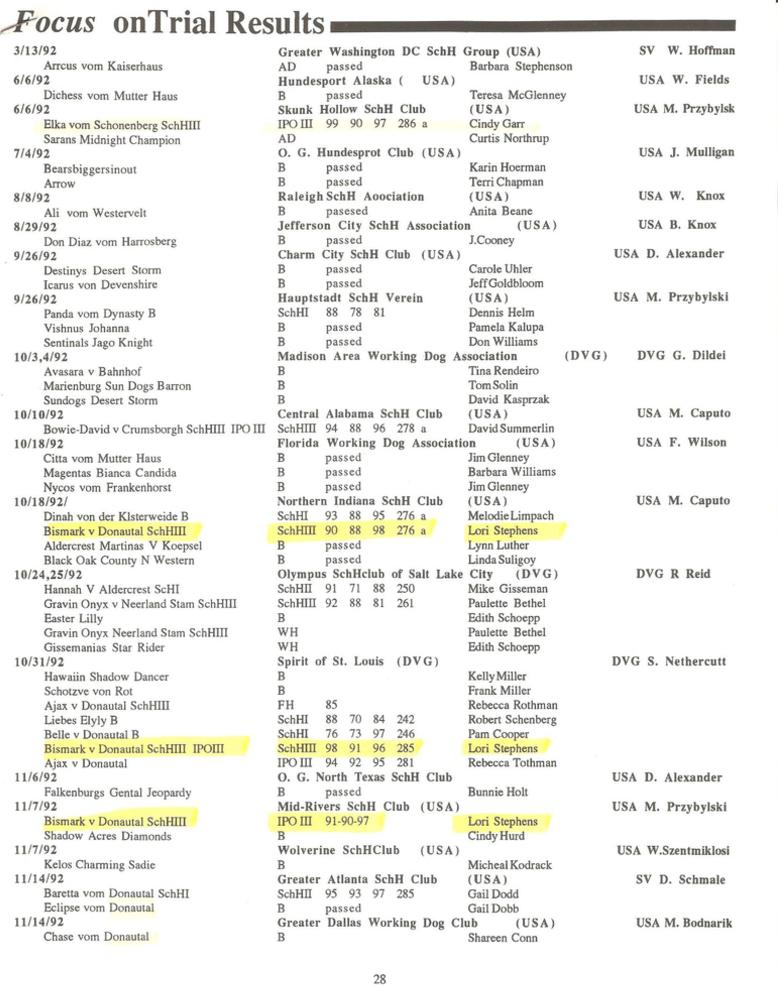 In this sample of trial results, you can see how Bismark dominated the protection phase of schutzhund in his day. He was high in protection of many dogs of many breeds. You can also see Elka vom Schonenberg's excellent scores. 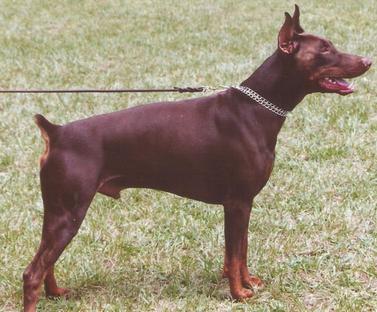 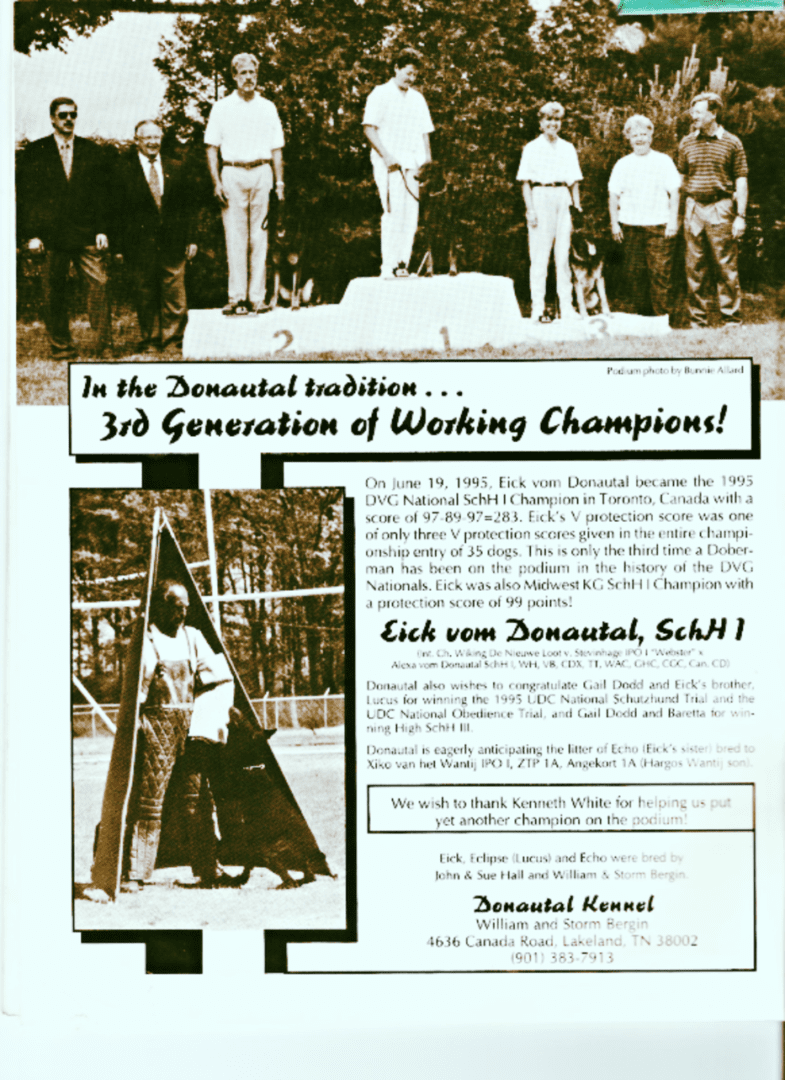