Alex Rothacker trained all of Colman Cogswell's imported Eschenhof Dobermanns and the subsequent Wilminghof Dobermanns that Colman bred. Colman introduced me to Alex, who helped me train Deja Vu vom Wilminhof and Avasara vom Bahnhof. Alex and his wife, Paula, learned to train dogs from the renowned trainer Willie Necker.

Willie trained the immortal Devil Dogs for the Marine Corps in WWI. WIllie also had a trick dog act that he took up and down the East Coast to help garner donations of dogs to the military effort. At first, all of his trick dogs were Dobermans. However, due to the invention of black and white television, Dalmations were more photogenic because of their spots. Thus, his trick dog act became populated with Dalmations. All of the black and white pictures on this page are photos that Willie gave me when Alex and Paula introduced him to me so that I could pen an article about him for the second quarter 1994 United Doberman Club magazine, The Focus. 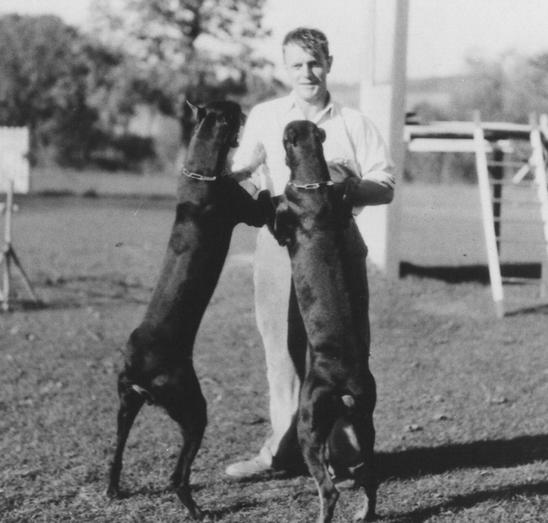 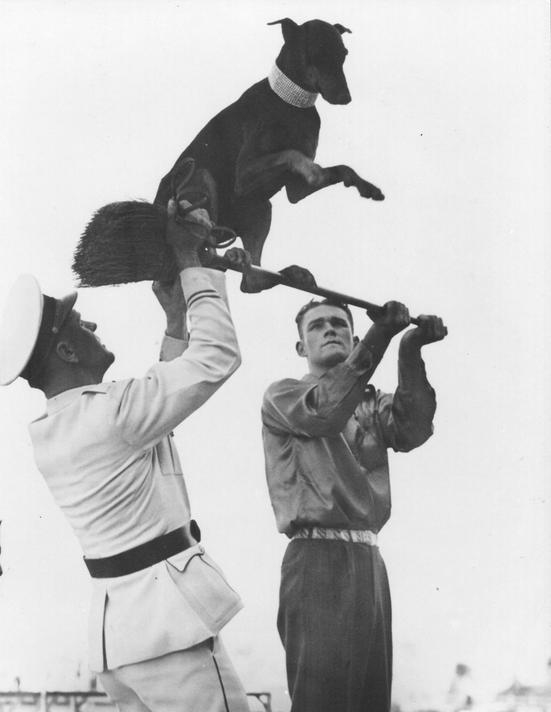 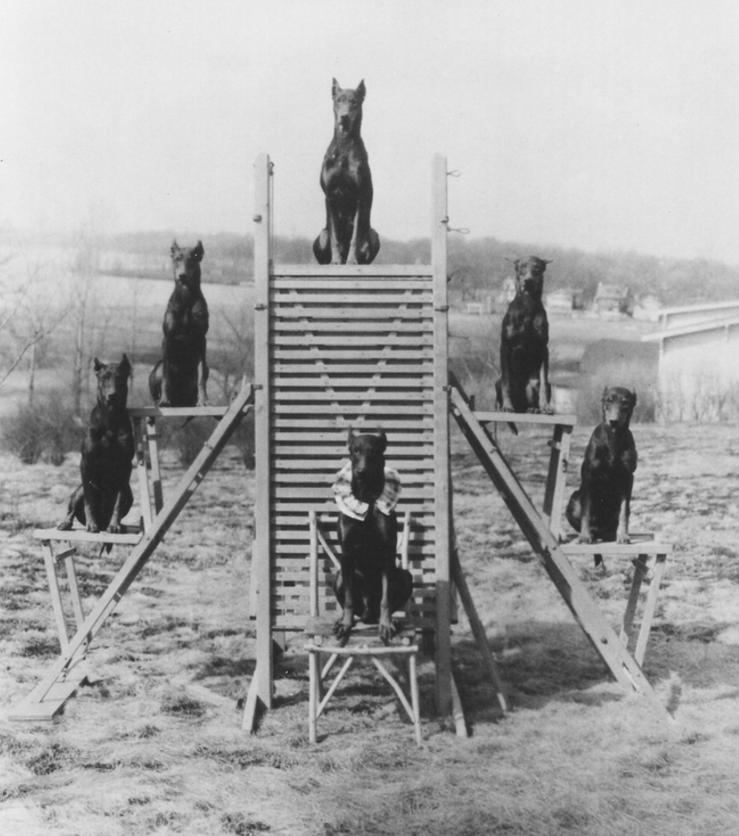 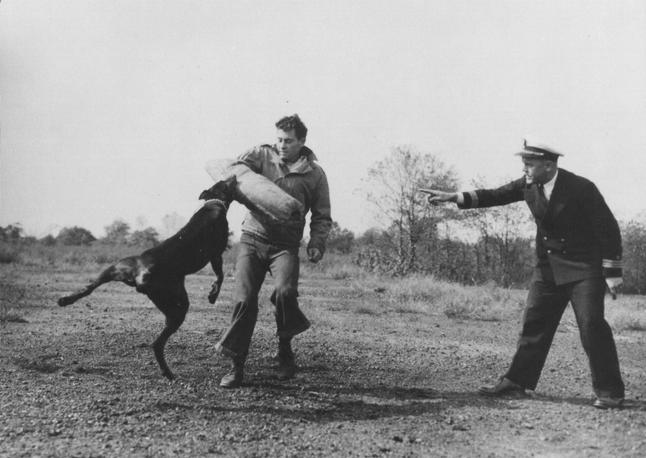 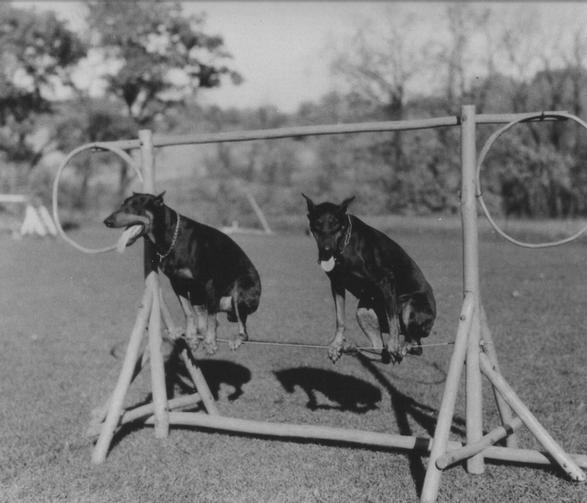 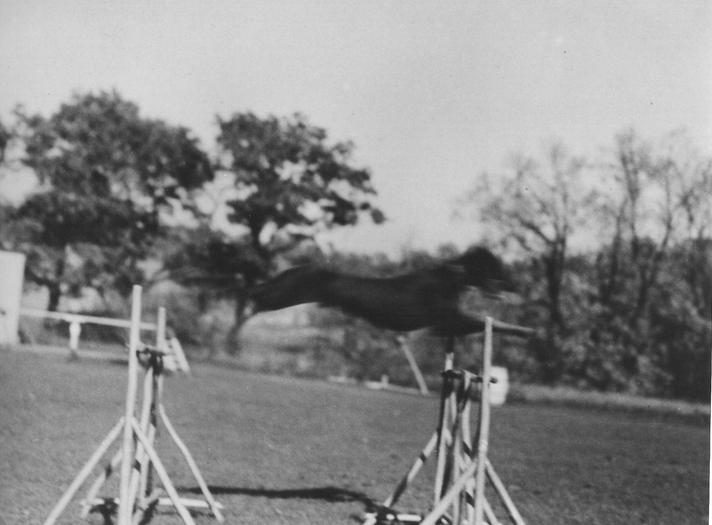 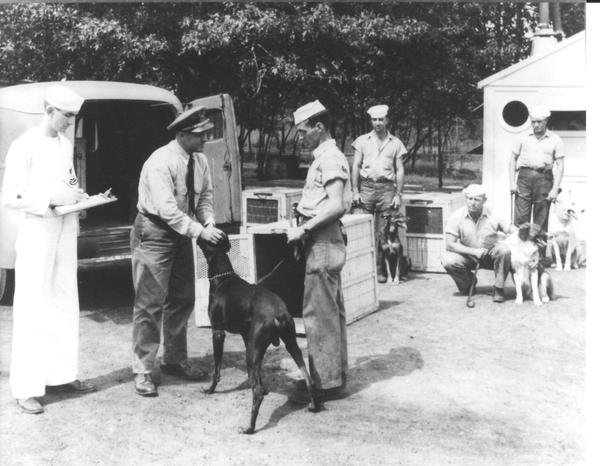 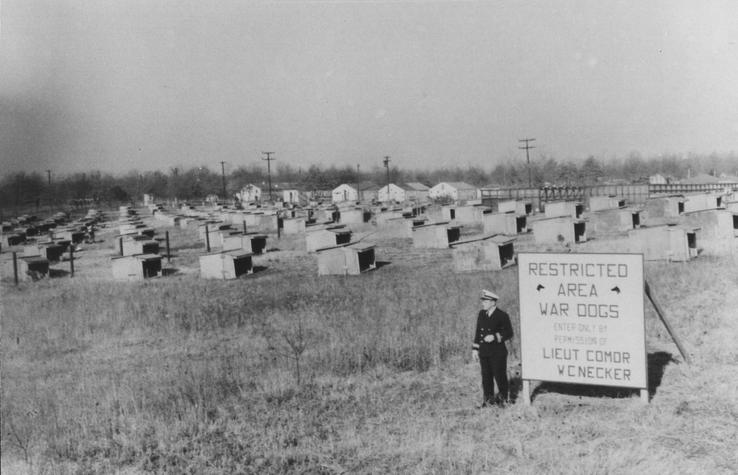 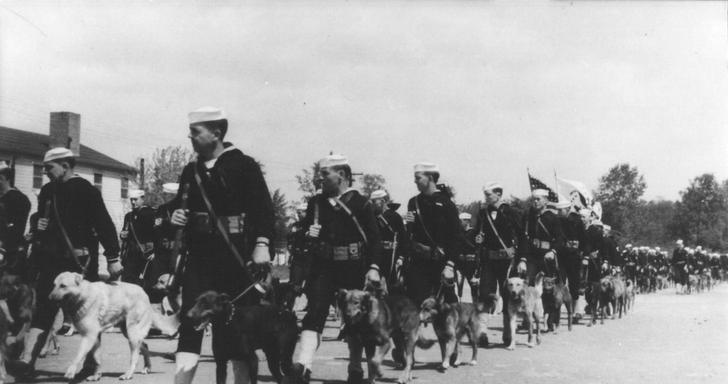 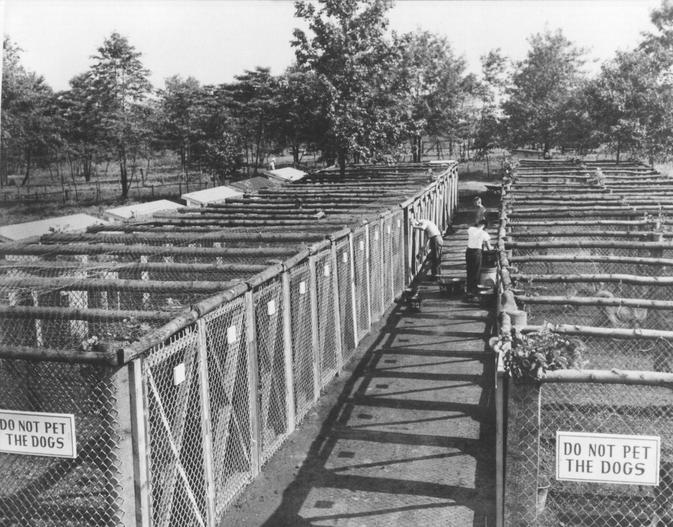 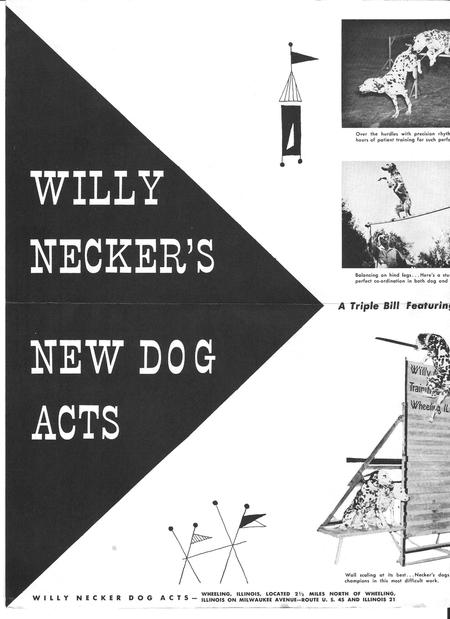 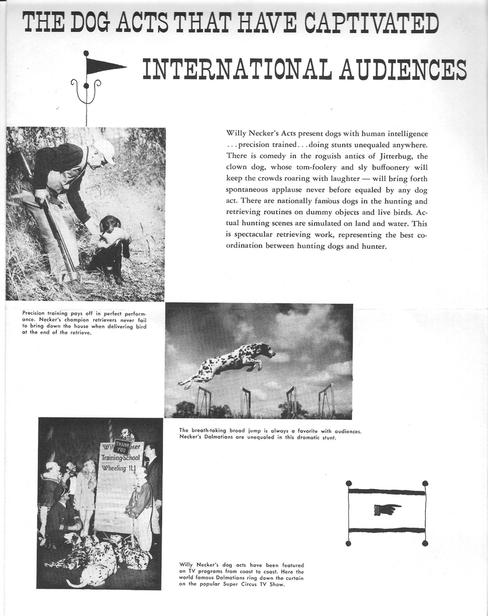 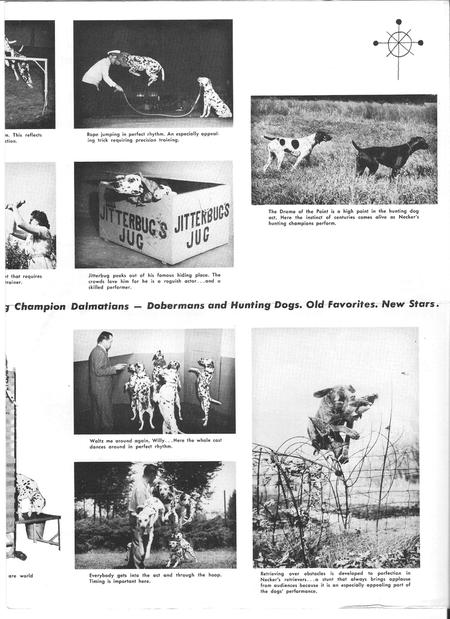 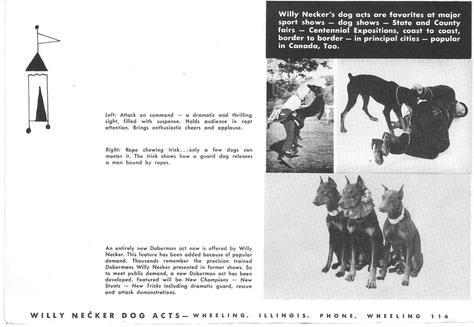 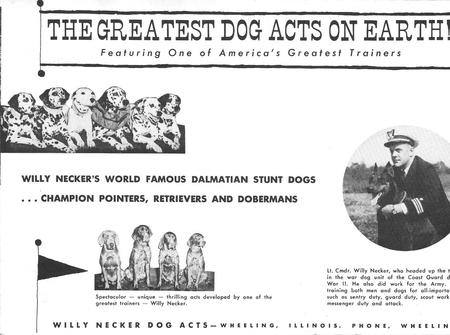 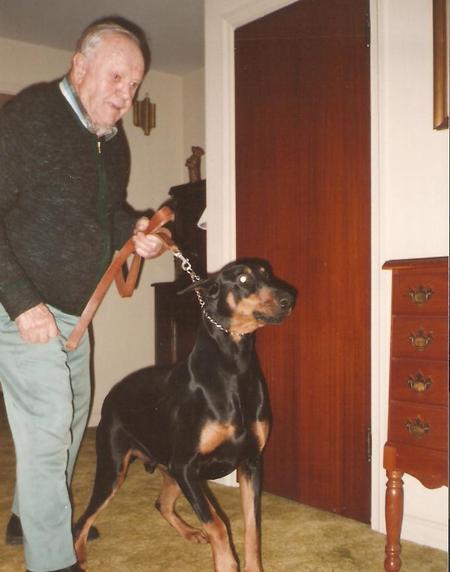 Willie, in his 90's, working his personal dog from Jane Firestone (Chicago area) in protection with Alex. 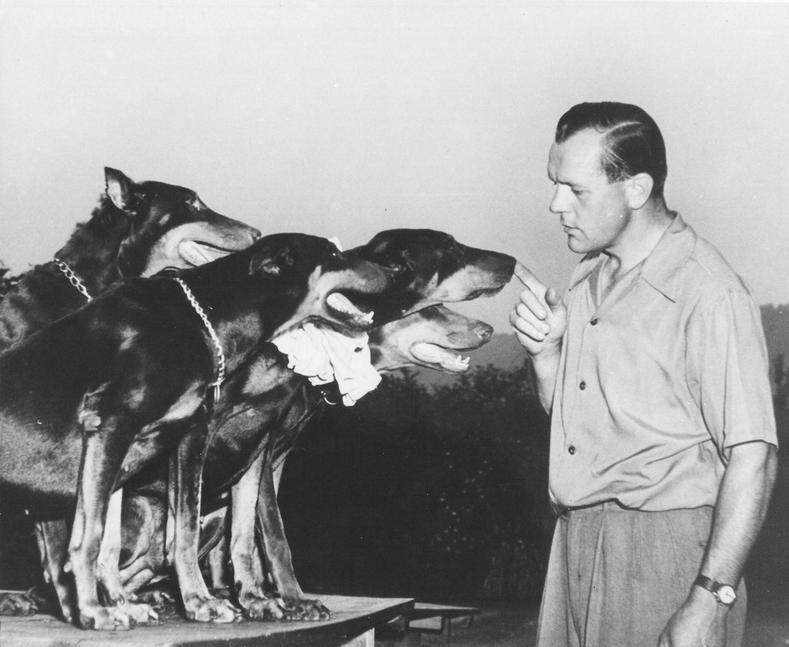 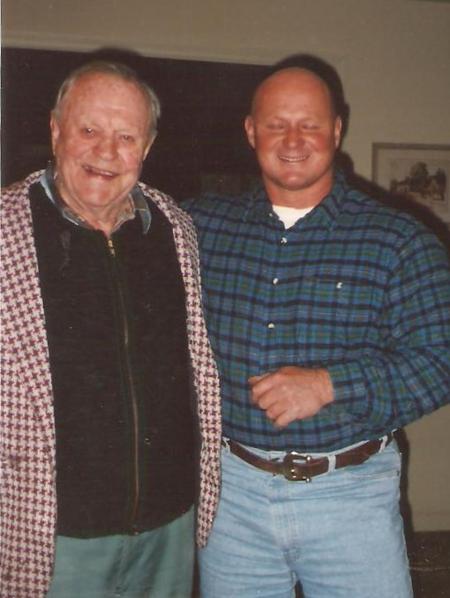 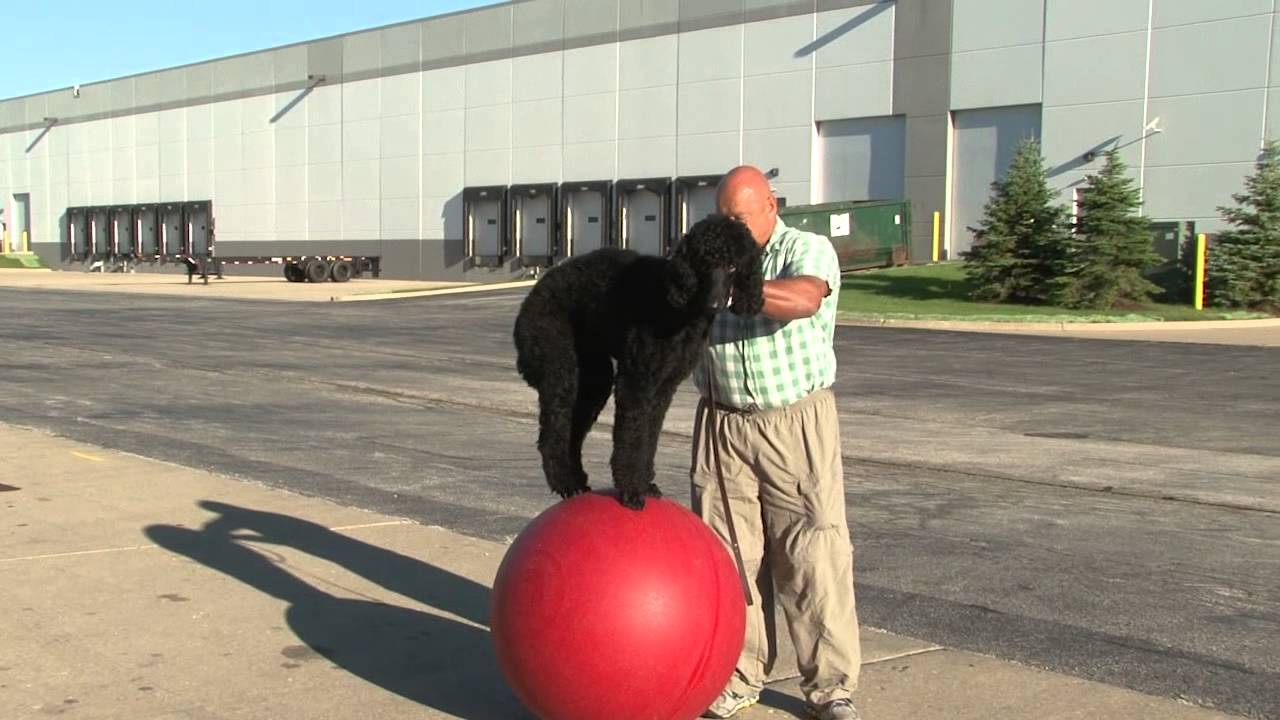 His third trick dog was the unlikely breed of Russian Wolfhound, Olive Oyl.

And now, there is Sailor, a standard poodle.

All of these dogs were saved from euthanasia by Alex and Paula.