Often, the terms phenotype and genotype are misused. These concepts are not difficult to understand. Use the mnemonic of photograph to remember the term phenotype. That is, ANYTHING you can SEE (as when you view a photograph) is a phenotype. Phenotype includes physical features, health, AND behavioral features. Everything observable without genetic testing is phenotype. 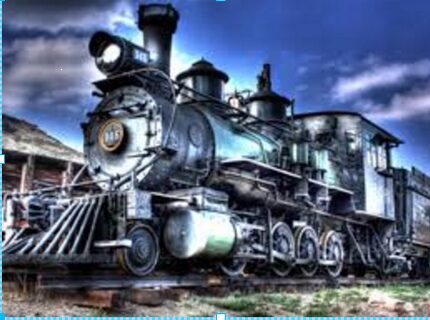 Genotype is exactly that, the GENETIC make-up of the dog. Genotype can ONLY be evaluated via genetic testing. Therefore, if someone discusses his dogs' genotypes, a genetic analysis of the dogs must be presented. AKC provides DNA analyses for purebred, registered dogs. It is possible to obtain a DNA profile of any AKC registered dog by submitting a cheek swab.

Dogs have 39 pairs of chromosomes. Each chromosome has many genes. Each gene has a two alleles, one from the sire and one from the dam. Much of the chromosome is similar to all ancestry mammals, and thus there is a tiny portion that makes a dog a dog. This tiny portion is the section that will have the most individually among dogs and this is the portion on which DNA analyses focus.

On this page, you can see photos of various dogs. Photos depict a portion of the PHENOTYPE. Beneath each photo, when available, I noted the DNA analysis from AKC. This analysis is a sample of the GENOTYPE. The entire chromosome of each dog would be much longer, but what is available is a sample of the chromosome that is thought to be the most unique section for differentiating among individual dogs.

When one examines DNA analyses of dogs, there are "PEZ" locations identified. A PEZ is the equivalent of a gene. The two letters that are reported for each PEZ correspond to the alleles inherited from the sire and the dam. Each one of these letters should correspond to one of the letters of each parent at each PEZ location. Thus, one can determine the parentage of a particular puppy because it should have one allele from each parent.

On the page entitled "Pedigrees and DNA," I have the DNA profiles of the dogs for which the AKC DNA analyses are available. The older AKC DNA analyses report only 10 allele PEZ locations. The newer DNA analyses report 16 PEZ loci. Dogs have many more allele loci than the ones displayed in these DNA analysis reports. The alleles chosen for the DNA analysis are selected from the section of the chromosome that is likely to be most different from other dogs. In essence, what I am saying is that these dogs are much more different from one another than the three to seven allele differences that manifest on these DNA analyses. That being said, it is interesting to note the similarities or differences in the small sample of genetic material we can access.

An interesting detail that can be seen in this very small selection of DNA is a mutation. If we look at Alcartaz von Wustensturm ("Rocky") and Avatar (Rocky's sire), on PEZ 08 Avatar has DH. On PEZ 08, Rocky has GG. Given that Avatar is his sire, how did that happen? One would expect for Rocky to have a D or a H, as he should have inherited one allele from his sire. I was present at the breeding. I am certain that Avatar is the sire. John Kawalczk is certain that Benga was bred to no one else before or after Avatar. I telephoned AKC about this nefarious discovery. I was informed by one of their DNA experts that G is a common mutation and it happens often. As it happens, Atlas von Rosenhof, a son of Avatar (whose dam happens to be a Zorro von Eschenhof granddaughter) has this SAME mutation on the same PEZ (See Pedigree and DNA Page by clicking on Pedigree and DNA Button on this page).

If you look at Atlas von Rosenhof, both his sire (Avatar) and his dam (Rosen) have DH on PEZ 08. However, Atlas has a "DG' on that same PEZ location, which once again indicates a mutation on PEZ 08. We cannot know whether the G mutation if a result of Avatar or Rosen's H allele.

For example, Avatar and Calderon (Deanno) are only THREE alleles different from one another (given the genetic material that is reported), even though Deanno is very much an outcross of Avatar's litter sister, Avasara, and Bismark vom Donautal. There is a distant linebreeding on Eick von Eschenhof for the "C" litter, which includes Calderon, Chicago, and Cheetah. Avatar and Cheetah are much more genetically different (seven alleles) than are Avatar and Calderon; however Cheetah appeared to be the puppy who was the most like her dam, Avasara. Unfortunately, I do not have the DNA analysis for Avasara.

When comparing Avatar to his son Atlas (out of a dam, Treue Rosen von Eichenhof, who is also a Zorro von Eschenhof grand-daughter while Avatar is a grandson of Zorro on both sides), Atlas von Rosenhof, there is a FIVE allele difference, or a LARGER difference than there is between Avatar and Calderon, who is Avatar's nephew out of an outcross. Boris von Rosenhof (a father-daughter breeding out of Asia von Rosenhof, Atlas's litter sister), there is a three allele difference, which is the same difference that Avatar has with his nephew Calderon (Deanno). As I said above, I'm not sure what this means, but it clearly demonstrates how pedigrees have genetic variances we cannot possibly predict without a genetic analysis.

Calderon and Boris are four alleles different from one another.

There would be no way to know these levels of genetic difference by LOOKING at the physical structure of the dogs in question, their health, or their behaviors. To discuss genotype, one MUST examine DNA, not the things we can view with the naked eye.

When comparing Chicago ("Weasel") to Avatar, there is a four allele difference.

When comparing Cheetah ("Scully Stix") to Avatar, there is a seven allele difference.

Avatar's son Alcatraz von Wustensturm ("Rocky") out of Benga von Dizen (Linebred Eschenhof-Nymphenburg) has a six allele difference from Avatar which is more than the difference between Avatar and his nephews out of Avasara and her outcross to Bismark vom Donautal.

When comparing Avatar to Bianca von Rosenhof (AKA "Babe,"a father-daughter inbreeding) there is only a two allele difference. In this same breeding, Avatar is three alleles different than his son, Boris and two different that Belleek (Beleek's difference is two completely different alleles than is Bianca's two-allele difference).

When comparing Boca von Bach whose sire is Boris von Rosenhof (a father daughter breeding out of Avatar) and her dam is Deja Vu vom Bahnhof (an Avatar daughter out of Chantilly vom Bahnhof) to Avatar, Boca and Avatar have a two allele difference. Boca has Avatar in her pedigree as both of her grand-sires and one time as a great-grand sire. This difference is as small as the difference between Avatar and his daughters out of a father-daughter breeding (Bianca and Belleek von Rosenhof out of Asia von Rosenhof).

When just looking at these dogs, one would be hard pressed to know the extent of these genetic differences or similarities. You must have the DNA Profile to discuss GENOTYPE. At this time, we do not know how these genes correlate to morphology, health, or behavior. Maybe someday in the future we may know. This is why I encourage that everyone to DNA type their puppy. At the time that I write this text, the cost for a DNA analysis through AKC is $50, which is well worth the money spent. 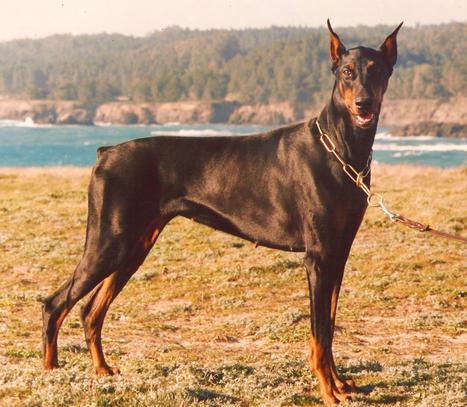 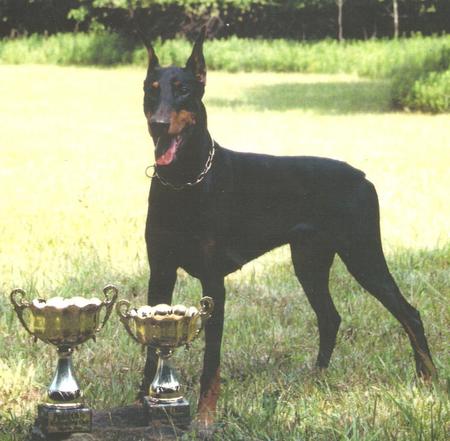 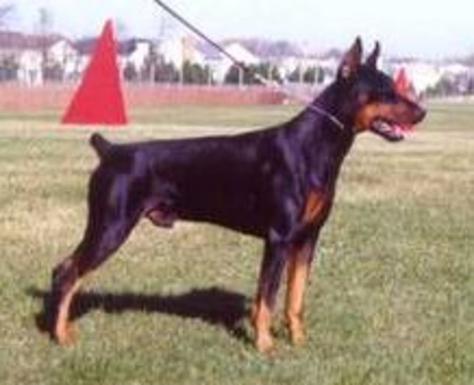 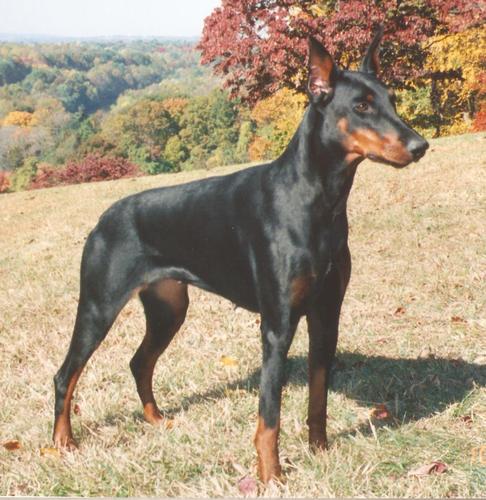 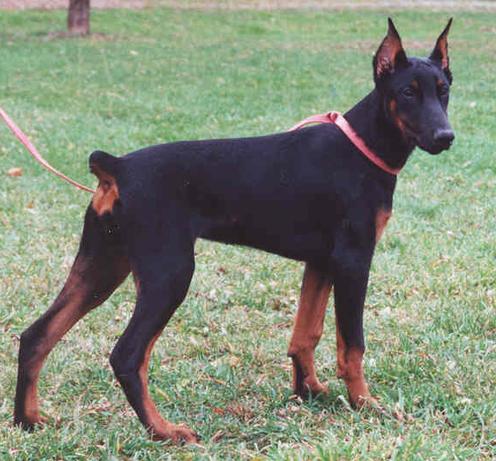 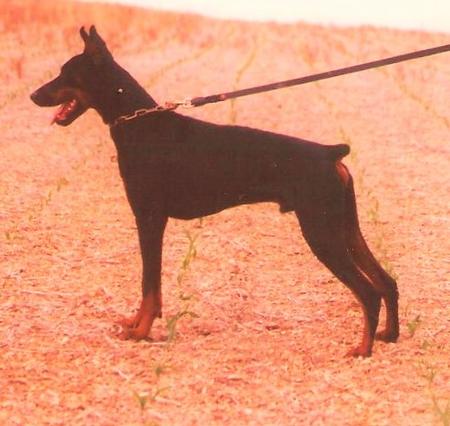 Avatar: DD CF AA CH DH GG DD BB BJ BB
Rosen: DD EE AA CG DH GG CD AB BG CC
Atlas: DD EF AA GH DG GG DD BB BG BC
On PEZ Location 08, both Avatar and Rosen have DH, and thus, Atlas should have a DD, HH, or DH. However, he has a DG indicating that, as with Alcatraz v. Wustensturm, there is a mutation at this PEZ location of H --> G. 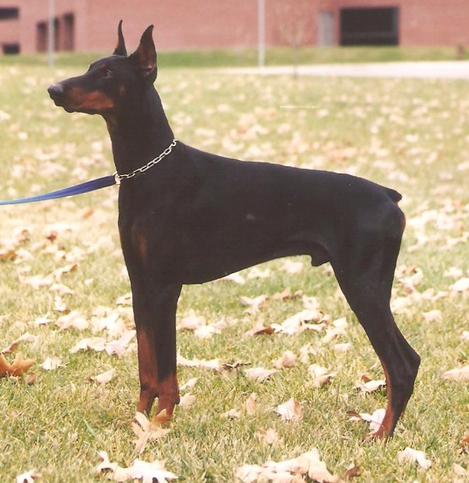 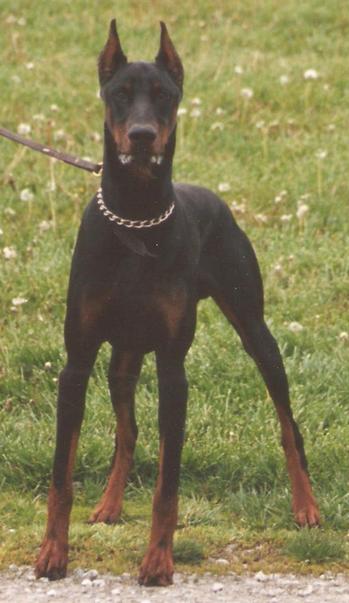 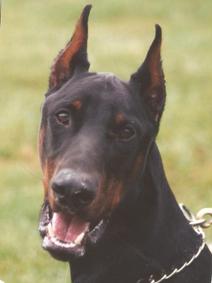 Alcatraz von Wustensturm AKA "Rocky"
out of Avatar and Benga vom Dizen. 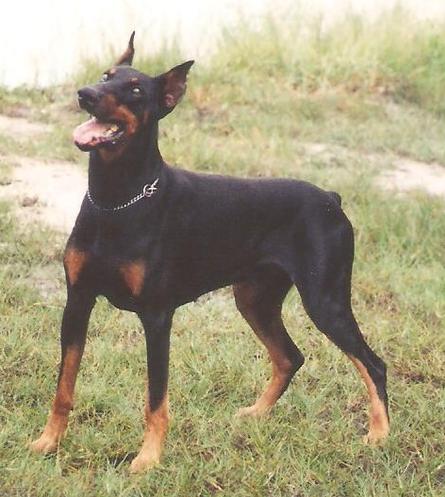 For years people believed that genes uniquely control morphology, health, and also behavior. However recently, the field of epigenetics has emerged. In a nutshell, there is a major portion of the chromosome that is dedicated to timing, or the turning on and off, of other genes. The genes on this section of the chromosome do not correlate with any specific morphology or behavior. Instead, this portion of the chromosome dictates when the other genes that correlate with morphology, health, and behavior turn on and off. Genes in this section of the chromosome are affected by environment. Practically, what this means is that the environment of animals affect the genetic structure of offspring via this epigenetic code. Thus, what happens to a specific animal can affect it's progeny for generations. Several interesting studies have outlined the importance of behavioral influence on in the health of subsequent generations in humans:

How we treat and socialize our dogs as well as how we feed our dogs matters to the individual dog in question and to his/her offspring. This is how imprinting affects puppies, and their later progeny. Genes are turned on or off given the experience of the puppy and also given the experience of his ancestors. How you treat your puppy matters. How you feed your puppy matters. It not only affects this specific dog's behavior, but also its health and the health of its progeny. This is why a breeder can breed the genetically best dog in the world, but poor management and/or poor training can destroy the genetic potential. Environment matters. Not only is the nervous system affected by poor management, but genetic timing is affected by environment.